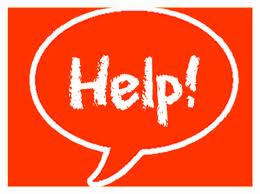 It’s a stressful situation.  So let me help you understand some basic rights we all have and how you and a bail bondsman can help your family member, friend, relative or even sometimes, an employee access those rights.

Our Rights as U.S. Citizens 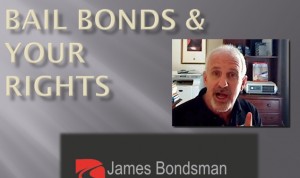 Don’t miss the video below.

First here are our rights:

This paragraph from The Free Dictionary tempers these ideas somewhat as we have come to use them in practice.

The presumption of innocence principle supports the practice of releasing criminal defendants from jail prior to trial. However, the government may detain some criminal defendants without bail through the end of trial. The Eighth Amendment to the U.S. Constitution states that excessive bail shall not be required, but it is widely accepted that governments have the right to detain through trial a defendant of a serious crime who is a flight risk or poses a danger to the public. In such cases the presumption of innocence is largely theoretical.

As a society, we need to balance the rights of individuals with the need for law, order and justice.

For justice to take place in our legal system, the accused must stand trial.  But for our rights to

be protected, we usually can’t just lock up the accused until the trial as that would not allow them time to participate in their own defense. They might lose their jobs, their families, the support of their friends, etc. In those circumstances, it may also turn out to be “cruel and unusual punishment.” Particularly if the accused is later found to be “not guilty.” And it would certainly not follow the “presumption of innocence” principle.

So how can we make it probable that the accused will show up for trial, but allow them to be released from jail in the meantime?

Sometimes, if it is a first offense for the accused, if the accused is an upstanding member of the community with strong ties to it, he/she has family support, steady employment, and the crime is not severe, the judge may release the accused “O.R.” or on their Own Recognizance.

Most of the time though bail is required.

Bail is defined as:

Security, usually a sum of money, exchanged for the release of an arrested person as a guarantee of that person’s appearance for trial.

If the bail amount is low enough, the accused can ‘post’ it themselves, perhaps with help of family. The accused then has an incentive to show up for court until the case is concluded. At that time, the bail will be refunded to the accused.

Bail can be achieved by posting cash, property, or a surety bond.

Far more often than not, people can’t afford to post their own cash bail. And that’s where a bail bondsman can fill a very important role. He/she can post a bond for the accused and get them out  – for a fee, usually somewhere between 10% to 15% of the amount set by the court.

Generally, the bail bondsman requires a third party co-signer, indemnitor or guarantor who additionally assumes responsibility for the defendant while they are out on bail and co-assumes financial liability to guarantee the full bond amount.

The beauty of the whole arrangement is that through the use of a bail bondsman, the courts get not just one, but three people promising that the defendant will appear, the defendant is joined by the bondsman and the cosigner.  All three have much to lose if the defendant fails to appear.

Yet the defendant can be released for only the price of the bail bondman’s fee – which is much more affordable than the full bail and very much preferable to staying in jail!

Would you like to dominate the bail bondsman Internet Searches in your area?   Are you just getting started with the Internet Marketing of your bail bond business? Or are you simply not happy with where you are turning up in the Search Engines because your competitors consistently rank higher than you? The answer is to master the SEO Marketing for your bail bonds company. Watch the short video to the right that shows actual results from one case study and how we helped one bondsman literally dominate his market. You can click on the icon in the lower right … Continue reading

If you are a bail bondsman anywhere in the 50 United States, a listing in our Bail Bondsmen by State Directory will help you with your marketing and may well give you the most return for your buck as anything else you can do. Get your bail bonds company listed here! Your Business Name Street Address City, State, Zip Phone Business URL JamesBondsman.com is a new but very fast growing site that is quickly accumulating lots of high quality referral links from lots of high Google PR industry and business related authority sites. In fact, we aim to be a … Continue reading

How to Choose a Bail Bondsman Besides picking a lawyer, deciding which bail bondsman to make use of is among the most important choices a criminal defendant could make. The quality of service offered by many bondsmen can be very different although they must charge the exact same prices by law. With a lot of alternatives offered, it is imperative that someone know and understand their options prior to making a decision. Everyone’s situation is different and it is necessary to select the very best bonding company for your demands. Experience is a vital part of how well a bondsman … Continue reading 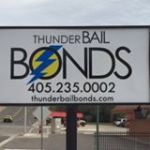 There are all kinds of bounty hunters, but the best known has to be Duane Chapman, better known as “Dog” the Bounty Hunter. If you have never seen him on TV – you must not click around a lot at night. Here’s some best scenes from Season 1: Of course, you can learn a lot more about “the Dog” here. You can even watch full episodes on line now at YouTube. 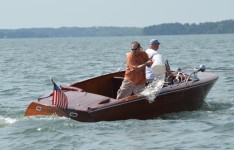 The term “bail out” has many meanings. To remove (water) from a boat by repeatedly filling a container and emptying it over the side.In other words, if your boat is sinking, you better bail it out! To make an emergency parachute jump from an aircraft, as in: “Holy Sh..!” To help (a person, organization, etc.) out of a predicament, as in . . . “Did they use our tax money to bail out rich bankers again?”  Last, but certainly not least . . . Security, bail is usually a sum of money, exchanged for the release of an arrested person … Continue reading

What is Bail? Bail is the  amount of money set by the magistrate, police, or judge, depending on the state you are in, to make sure that a person goes to court or returns to court if they are released  after they have been arrested. When is Bail set?    The Bail amount is set at the time of arrest. If the defendant cannot afford the amount, he/she can petition the judge at arraignment for a lower amount. And, of course, they can use the services of a bail bondsman. What is the difference between Bail and a Bail Bond? Bail … Continue reading

Sometimes people are released “on their own recognizance,” or “O.R.” A defendant released O.R. must simply sign a promise to show up in court.  Then they are not required to post bail. A defendant commonly requests release on his or her own recognizance at the first court appearance called the arraignment. If the judge denies the request, the defendant then asks for low bail. It helps if the defendant has strong ties to a community so they are thought to be unlikely to flee. Factors that may convince a judge to grant an O.R. release include the following: The defendant … Continue reading 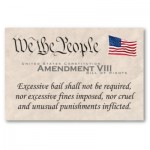 A person’s first thought upon landing in jail  often is “How can I get out — fast?!” Because, nobody wants to stay in jail one minute longer than they have to. The usual way to get out of jail fast is to “post bail.” Bail can be cash, a bond, or property that an arrested person puts up to ensure that he or she will appear in court when ordered to do so. If the defendant doesn’t show up, the court keeps the bail and issues a warrant for the defendant’s arrest. How Bail Is Set Judges set the amount.  … Continue reading